March 31st, the birthday of a Welsh painter of Yellowstone scenes 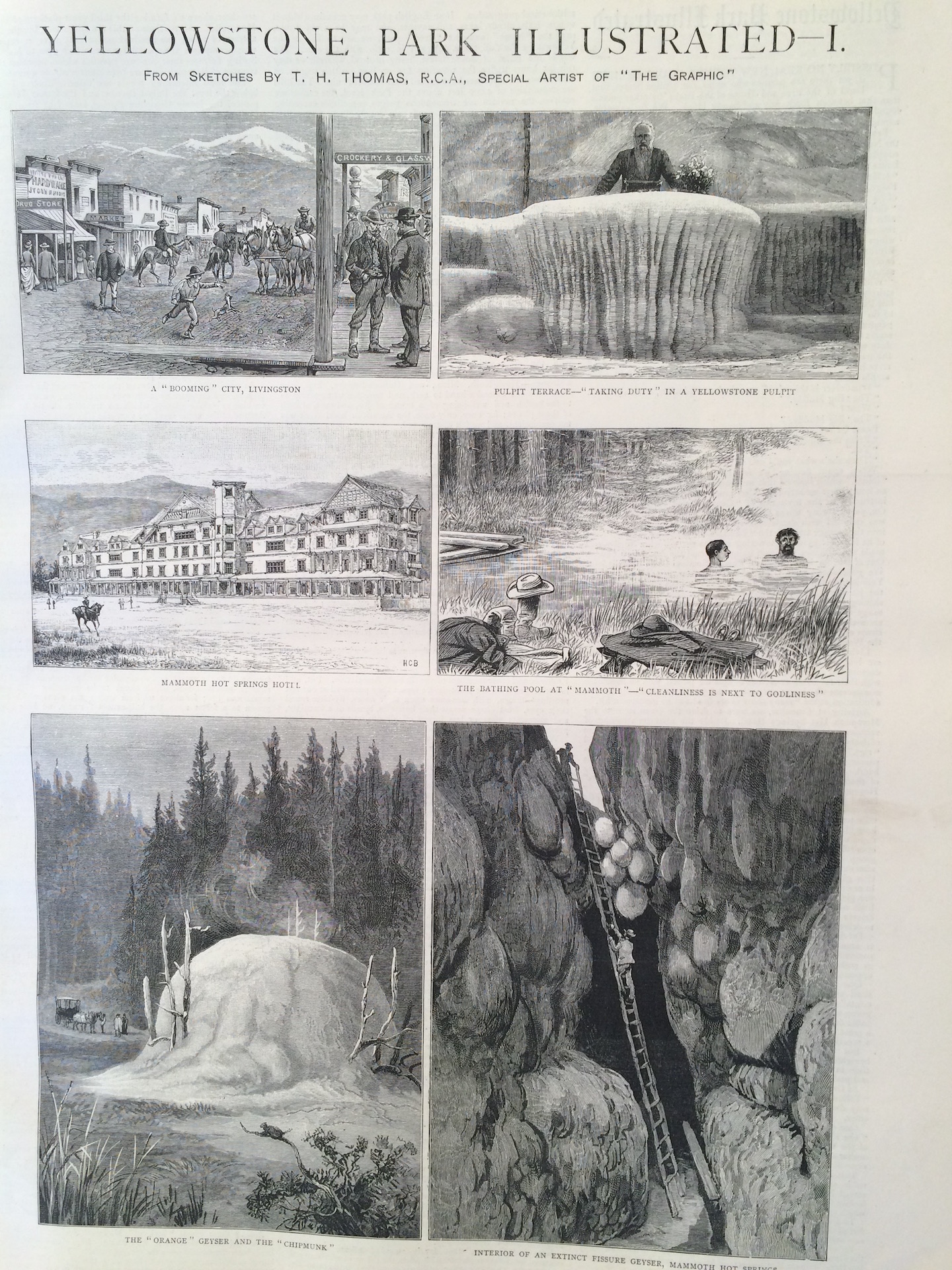 My iPhone shot shows a page from the August 11, 1888 Graphic. You see three scenes engraved from photographs: Livingston, Montana; Pulpit Terrace at Mammoth; and the Mammoth Hot Springs Hotel. One engraving is from a pencil sketch and two from watercolors: Bath Spring, Orange Spring Mound, and the interior of Devil’s Kitchen.

Today is the one-hundred-seventy-eighth birthday of Thomas Henry Thomas, the author and artist featured at the center of my 19th century collection, Through Early Yellowstone: Adventuring by Bicycle, Covered Wagon, Foot, Horseback, and Skis.

In 1884, you could travel around the new national park either by horseback or by horse-drawn coach. Thomas chose to ride. He wrote to a friend in his native Wales that he painted “quite half, if not more” of his watercolor sketches from “the logger-head of the Mexican saddle of my Cayuse.” In Through Early Yellowstone you can see 26 of his watercolors and one pencil sketch, none of which have ever been seen outside of Wales.

Born in 1839 in Pontypool, Wales, Thomas studied art at the British Royal Academy and also in France and Italy. His online biography does not tell us where he learned to write with his special combination of erudition, grace, and humor.

He spent most of his life in Cardiff, Wales, where he pursued many interests besides art, including archaeology, geology, and Welsh folklore. He served as artist to the London Graphic, a large-format publication with 16- by 12-inch pages. It took four years for the Graphic to turn some of Thomas’s Yellowstone watercolors and collected photographs into engravings. The first page of one of his two articles for the magazine is shown above.

Before Thomas died in his mid seventies in 1915, he bequeathed more than one thousand prints, drawings, and watercolors to the National Museum of Wales (Amgueddfa Cymru in Welsh), of which he was a founding father.