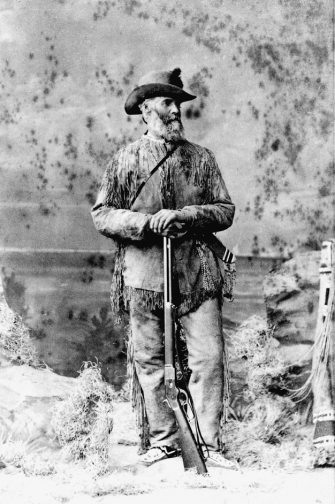 Superintendent Norris, as reproduced on page 205 of Yellowstone Treasures

After an August when I deserted not just Yellowstone but left the country for a trip to Germany, France, and Switzerland, I am back picking up my research project where I left off. This project will, with luck, turn into a new biography of Philetus W. Norris, Yellowstone’s second and most dynamic superintendent, who served from 1877 to 1882.

There is much to learn about Norris, including reading his several reports as superintendent. His only other extensive published work, unless you include the letters he sent to the Norris Suburban newspaper, is a book of annotated poems called Calumet of the Coteau. The book’s title refers to a peace pipe and the French word for hill or hillside.

I have quoted two of his poems in my historical anthology, Through Early Yellowstone: “Rustic Bridge and Crystal Falls” and “The Wonder-Land.” Norris’s unfailing use of iambic tetrameter or pentameter can get monotonous, but the sentiments are nice.

I can relate to “The Cloud-Circled Mountains,” especially to the second of its six stanzas:

My heart’s ’mid the mirage, the lakes, and the plains,
The buttes and the coteaus, where wild nature reigns;
My heart’s ’mid the coulees and cañons so grand,
And bright-spouting geysers of lone Wonder-Land.
Oh, my heart’s ’mid those fountains and streamlets below
Those cloud-circled mountains, white-crested with snow!

Read more about my trip to Europe in the nuggets Savoring France, Part I and Part II.