Explore all our guidebook editions

Curious about how Yellowstone Treasures has changed over time? Of course, every edition has updates covering finished and ongoing park construction, geyser basin changes, and advances in science. And we always correct the text to reflect changes in the Park, even in the reprints. Here we go, from the most recent back to the very first edition. 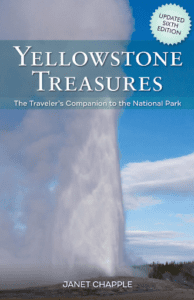 Special features of the sixth edition: 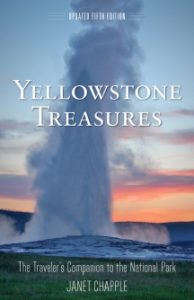 Special to the fifth edition: 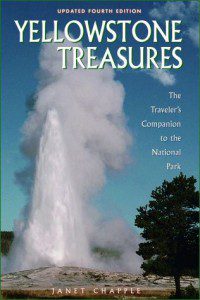 Special to the fourth edition:

Special to the third edition: 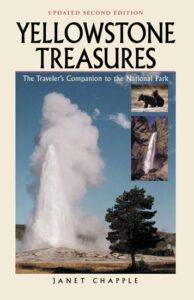 Special to the second edition: 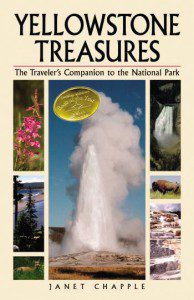 Special features of the first edition:

Spring is in the air

Categories: Trip planning
Tags: map, plan, roads, snow
Comments Off on Spring is in the air 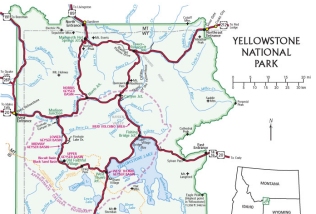 As the snow starts to melt, the roads in Yellowstone National Park will be plowed and cleared in readiness for letting cars and trucks back in. (Of course, the road from the North Entrance at Gardiner, Montana, through the park to Cooke City, Montana is open all year. But notice that travel east of Cooke City via the Beartooth Highway is not possible from late fall to late spring.) Here are dates to use in your planning this spring.

Roads will close to oversnow travel by snowmobile and snowcoach at 9 pm on the following dates:

Conditions permitting, roads will open to regular (public) vehicles at 8 am on the following dates:

Credits: The image is the overview map on pages 1-2 of Yellowstone Treasures. The helpful National Park Service Park Roads page provides the dates listed here and a live road map you can use to find out which roads you can drive on today.